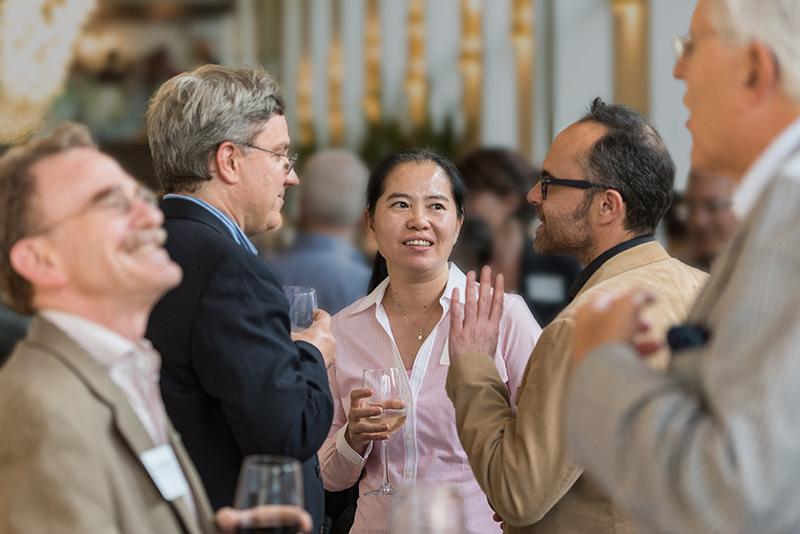 Members of the LSI Leadership Council and Scientific Advisory Board mingle with faculty at a dinner ahead of their joint meeting in 2016.

There's often a gap between exciting, innovative scientific ideas for new therapeutics and treatments, and stable, long-term funding from federal grants or large foundations.
Philanthropy can accelerate the pace of discovery to bring innovations to the market more quickly.
Conceived of and designed by LSI’s Leadership Council, the Innovation Partnership takes on this challenge by infusing the projects of LSI scientists with funding and expertise from leaders in the top ranks of business, venture capital and the biomedical industry.
With more than $1.2 million raised from donors, the Innovation Partnership has funded several faculty projects that have achieved critical commercialization milestones with mentorship from the ranks of the council.

The partnership enables a seamless transition from research into development.

— David Walt, member of the LSI Leadership Council and co-founder of Illumina Inc. and Quanterix Corp. 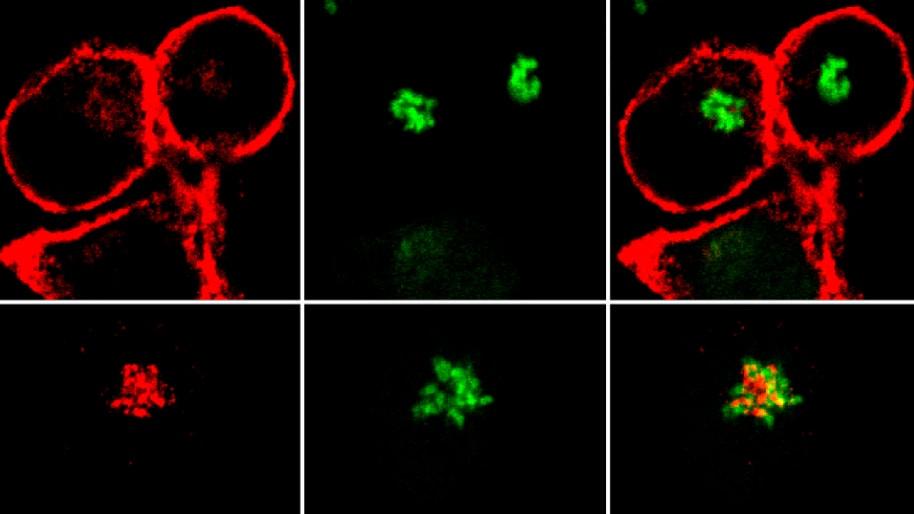 Normal cells form a halo of a protein called MHC-1 (top row, red rings), which lets them send up a “red flag” to the immune system if they become infected with HIV. But once HIV has entered a cell, it produces a protein called Nef that stops this warning system, and the MHC-1 molecules remain inside the cell (bottom images).

Over the past decade, Collins and her team have shown how Nef, a protein made by HIV, is a key player in the virus’s ability to hide from the defenders in the body’s immune system. Collins figured that if she could find a drug that could stop Nef, she and her team could remove HIV’s camouflage and allow the body to fight it off as it would a cold virus. They tested a huge library of potential drugs, but none worked.

Then, the U-M Center for Chemical Genomics, based at the U-M Life Sciences Institute—where Sherman’s lab is located—helped Collins test more than 26,000 microorganism-derived extracts from a library built primarily from Sherman’s expeditions. After narrowing the results down to 11 promising compounds, they zeroed in on the three with the most potential to inhibit Nef. All were made by marine actinomycetes bacteria. Now, Collins and Sherman are collaborating to develop the results further.

“We’re still at the early stages of this project,” Collins says. “No one has developed a Nef inhibitor with the level of activity that we’re seeing. If this works, we could essentially harness a person’s own immune system to wipe HIV out of the body.”

"The Quest for a True AIDS Cure — in a Coral Reef," Michigan Health Lab Blog 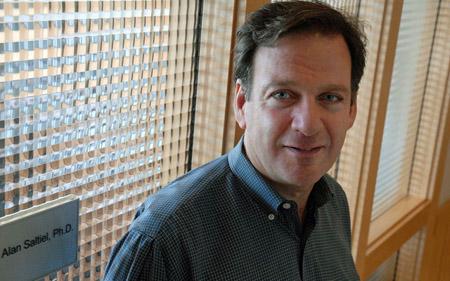 Disease problem: Tens of millions of Americans have been diagnosed with Type 2 diabetes and millions more remain undiagnosed. Most patients with type 2 diabetes are obese, and Saltiel and his lab explore how the conditions are linked. They developed an interesting new hypothesis: The link is inflammation caused by obesity, and that inflammation causes Type 2 diabetes. Saltiel’s lab identified a gene, IKKE, which appears to act in the inflammation pathway to moderate energy expenditure and its downstream effects like weight and sensitivity to insulin.

Partnership: Through screening of tens of thousands of chemical compounds in LSI’s Center for Chemical Genomics, the scientists discovered that an off-patent drug, amlexanox, blocked the activity of IKKE. Follow-up studies revealed that amlexanox caused diet-induced and genetically obese mice to lose weight and prevented problems like diabetes and fatty liver disease. This breakthrough was published in Nature Medicine. The Innovation Partnership is funding follow-up studies on modifying the compound for testing in human trials.

Outcome: A small clinical trial in humans is underway. U-M has filed a patent on the use of amlexanox for treating metabolic disease and on related chemical compounds. Follow-on funding is being sought from government and private investors. 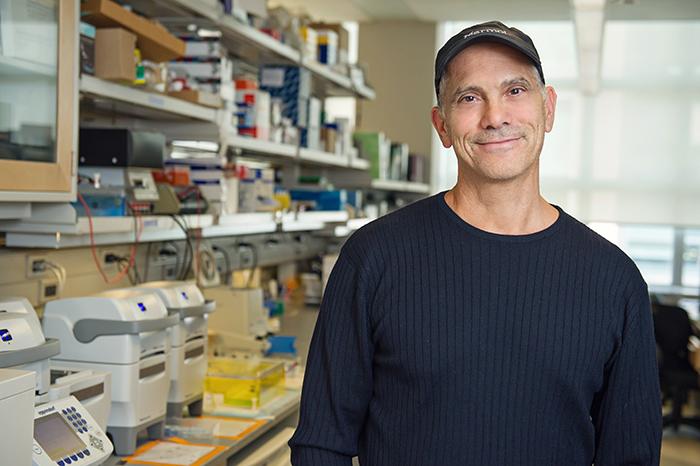 Disease problem: The vast majority of cancer deaths are due to metastasis, yet the mechanisms underlying this process remain poorly understood. The Weiss lab has been interested in understanding how and why cancer cells move through tissues to distant sites.

Partnership: Building on a novel 3-D research platform and a data-driven experimental approach conceived by Weiss, the partnership funded studies to find monoclonal antibodies to metastasis of breast, pancreatic and glioblastoma cancer cells. The approach has yielded more than 50 potential leads for promising antibodies. With the advice and guidance of the LSI’s Leadership Council, a handful of these have been further investigated, showing efficacy in halting metastasis in animal models.

Outcome: The University of Michigan has filed for patents on three of the most promising lead antibodies. The research platform continues to produce exciting possibilities across several types of cancer as well as yield insights into the underlying biology of metastasis. Follow-on funding is being sought from investors, and business alliances are being explored.

“This is a perfect example of an approach that would not be suitable for traditional funding — it’s a great idea but just needed the experimental traction that could only be obtained through innovative funding,” says David Dudley, LSI associate research scientist in the Weiss lab. 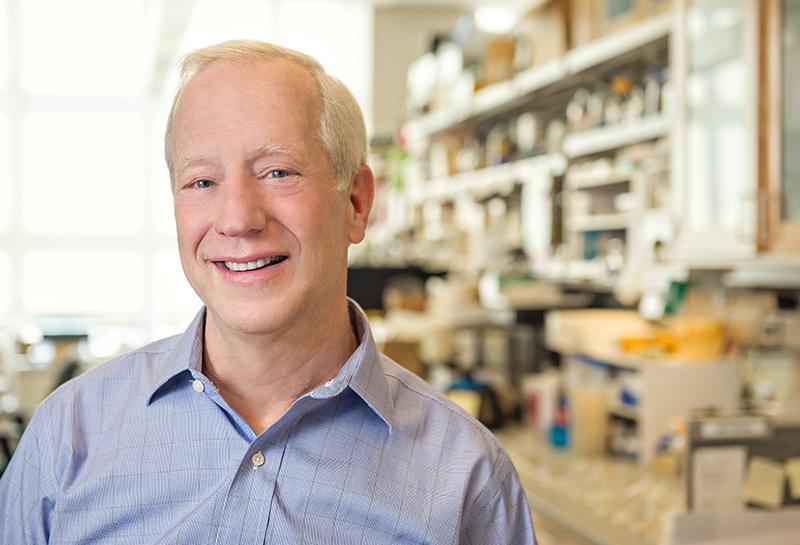 Disease Problem: There are several million cases of strep throat and more than 10,000 cases of invasive group A Strep (GAS) diseases in the U.S. each year. Some are fatal. Interested in the relationship between the blood-clotting system and how we protect ourselves from bacterial infections, LSI faculty member David Ginsburg and his lab discovered that the human body uses blood clots to surround the Strep A bacterial infection as a natural defense. However, the Strep A bugs make a protein called  streptokinase that activates human plasminogen and dissolves the blood clots, allowing the infection to spread rapidly throughout the body. This observation led the Ginsburg team to wonder whether they could render the bacteria innocuous by blocking production of streptokinase and in the process also reduce the threat of antibiotic resistance.

Partnership: The lab, along with collaborators at the U-M Vahlteich Medicinal Chemistry Core and at the University of Missouri, searched for small molecules that turned off the production of the protein in live bacteria, with the hope that they could interfere with the mechanism used by the bacteria to spread the infection.  After screening tens of thousands of chemicals in the LSI’s Center for Chemical Genomics and other facilities, the team identified many promising lead compounds and refined two of them for further exploration.

Outcome: The University of Michigan filed patents on the two leading compounds. The chemical screening also helped the team refine its hypothesis about the biological target being exploited by the bacteria; this discovery was published in the Proceedings on the National Academy of Sciences. Armed with this knowledge, the team is applying for new government research funds to further explore the target and accelerate the drug discovery efforts.

“We wouldn’t have pursued the project to the stage that we’re at now without the funding and advice provided by the Innovation Partnership,” says Ginsburg. 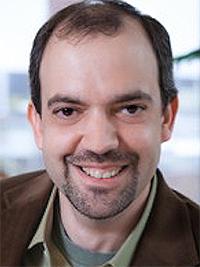 Disease Problem: About 5.3 million people have Alzheimer’s disease, which is caused by abnormal protein misfolding and accumulation that leads to the formation of a neurotoxic tangled structure in the brain that kills neurons for good. Former LSI faculty member Jason Gestwicki was interested in this question: What prevents this from happening in everyone?

Partnership: The team searched for small molecules that stimulate the activity of a protein called Hsp70, which prevents the protein misfolding in brain cells that causes progressive neurological diseases like Alzheimer’s. After screening tens of thousands of potential compounds in the LSI’s Center for Chemical Genomics, the Gestwicki team identified two particularly interesting chemicals and figured out how they bind to and regulate Hsp70.

Outcome: The university filed composition of matter patents on the two chemical leads. In addition, Gestwicki entered into agreements with two companies, Proteostasis Therapeutics, Inc. and Abbott Laboratories, to screen an additional 65,000 compounds. An additional $750,000 in external funding from multiple sources was secured to continue the drug discovery process.