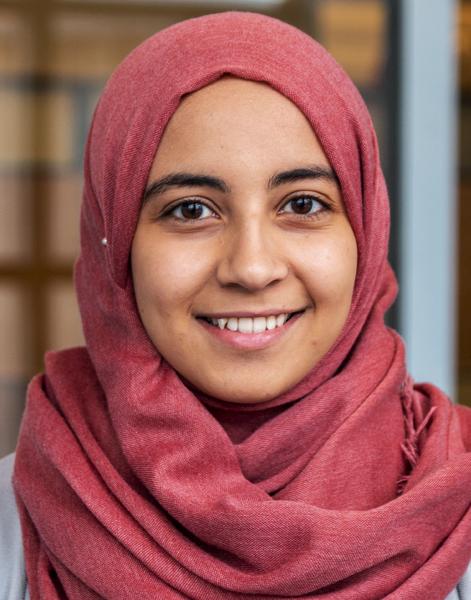 Rhodes House, Oxford — This year for the first time, a student from Saudi Arabia has been selected as part of the global Rhodes Scholar class. Ms. Majd Abdulghani will join a total cohort of a hundred Rhodes Scholars who will travel to Oxford in October next year. The Rhodes Scholarships are postgraduate awards which develop exceptional people from all over the world, and in all fields of study, who are impatient with the way things are and have the courage to act. They provide full funding for two to three years (depending on academic route taken) of study at the University of Oxford. Muhammad Alagil, co-founder of Jarir Bookstores, has generously funded the annual Rhodes Scholarship for Saudi Arabia.

The Rhodes Scholarships aspire to create ‘leaders for the world’s future’ and are achievement-based awards open to students with proven intellectual and academic attainment of a high standard who show exceptional character, leadership, achievement in extra-curricular activities and a commitment to service for the public good.  The rigorous Saudi selection process included three rounds of reviews before the final in-person interviews of 8 shortlisted candidates with an international selection committee.

Ms Majd Abdulghani is a geneticist currently working in the Cheung Lab at the University of Michigan Life Sciences Institute. Her podcast, “Majd’s Diary: Two Years in the Life of a Saudi Girl,” aired on NPR and received two prestigious radio awards. The podcast reflects Majd’s missions of dismantling stereotypes associated with Muslim, Saudi women and inspiring girls across the globe to pursue science. Majd has a blue belt in karate and has won a show-jumping competition. During her Master’s at Iowa State University in the Tuteja Lab, she proposed her own research project and uncovered genes that may play a role in pregnancy disorders. Majd believes that her identities as a Muslim, Saudi woman are not shackling, but are keys to pushing scientific and stereotypical boundaries.

Dr Elizabeth Kiss, CEO of the Rhodes Trust, said: “Our aspiration is to identify and support innovative, energetic and ethical young leaders worldwide, and we are delighted that this year we could extend the Rhodes Scholarship to Saudi Arabia. Cultural diversity is a core value of ours and one that we see benefit our cohort of Scholars every day, as they learn from each other in profound ways.”

“We have increased the number of Scholars from all around the world in recent years and they have all contributed significantly to Rhodes House. We are confident that Scholars from Saudi Arabia will do the same, sharing their skills, experiences and energy with their peers at Oxford, and we look forward to welcoming Ms Majd Abdulghani to Rhodes House”, she concluded.

The Rhodes Scholarships, which were started in 1902, include all university and college fees for two years, an annual stipend, and travel expenses to the University of Oxford before the start of the programme and a return ticket following the course of study.

The applications for the next round of admission for the Rhodes Scholarship, in partnership with Muhammad Alagil, for Saudi Arabia will open in June 2019. More information will be found at: www.rhodeshouse.ox.ac.uk/apply.