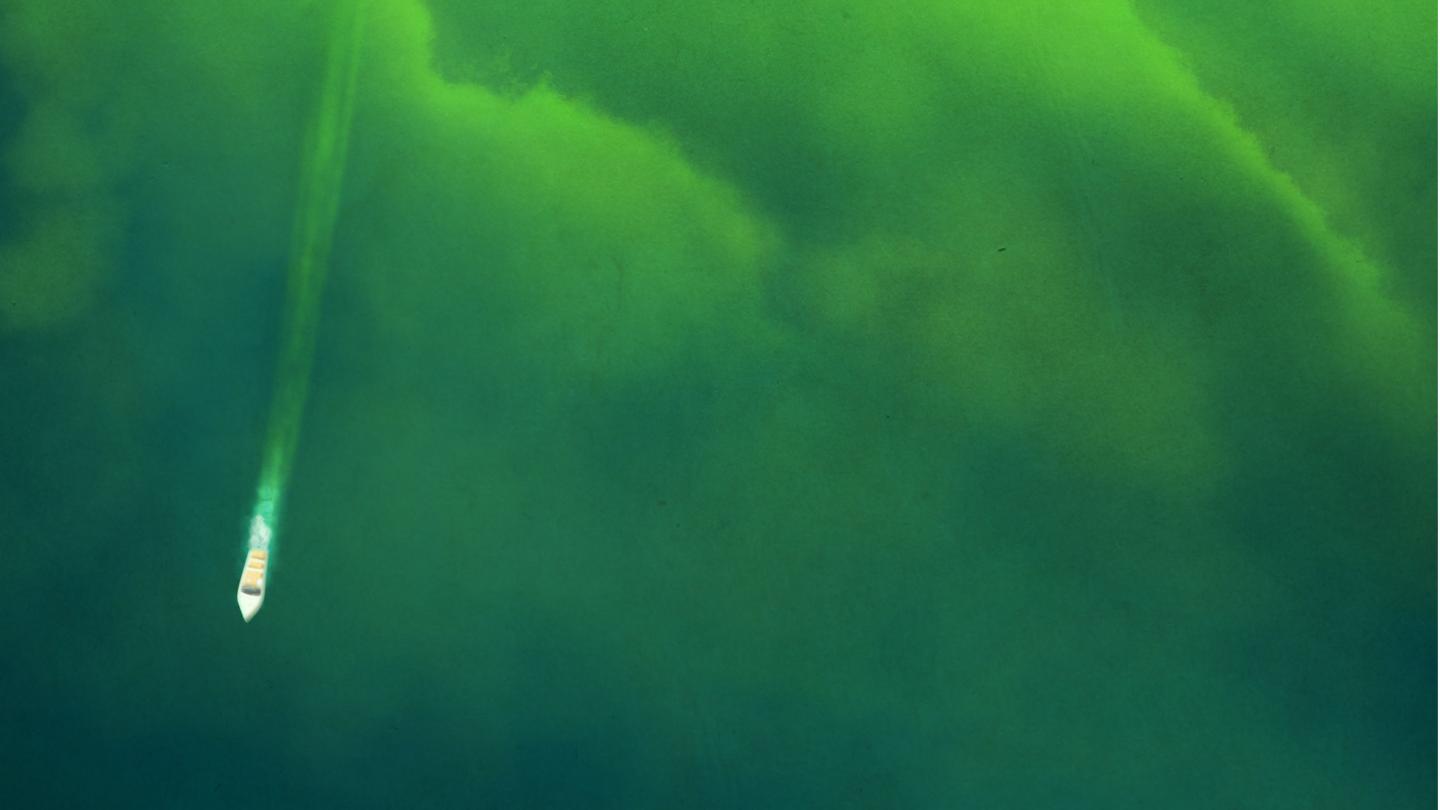 University of Michigan researchers are part of a new, federally funded effort to understand and prevent toxic algal blooms that plague portions of the Great Lakes and impact freshwater sources around the world.

A new Lake Erie Center for Fresh Waters and Human Health is led by Bowling Green State University and was founded with a $5.2 million federal grant. The center is expected to energize and expand research on harmful algal blooms that pose a threat to the health of humans and wildlife.

As part of the effort, two U-M researchers will lead a project to discover and characterize previously unknown toxins that may threaten human health, as well as compounds that could serve as sources of new medicines.

“This a wide-open frontier with exciting opportunities, so we’re delighted to be a part of the new center,” said Gregory Dick, associate professor of earth and environmental sciences, and ecology and evolutionary biology.

Dick will lead the project with David Sherman, research professor at the Life Sciences Institute and professor of chemistry, pharmacy, and microbiology and immunology.

The Lake Erie center is part of a broader initiative — funded by $30 million from the National Institute of Environmental Health Sciences and the National Science Foundation — to study the effects of harmful algal blooms on oceans, estuaries and the Great Lakes.

The funding established three new centers and provided four research project awards. The centers are based at Bowling Green, the Woods Hole Oceanographic Institution and Florida Gulf Coast University. The Lake Erie center is the only one focused on fresh water.

A collaborative effort among Bowling Green and nine other universities and research institutions — including U-M — it will help formalize and strengthen research partnerships on cyanobacterial harmful algal blooms. In 2014, toxins from a Lake Erie cyanobacteria algal bloom contaminated Toledo’s water supply and highlighted the urgency to study this problem.

The Lake Erie center will be led by Bowling Green biologist George Bullerjahn, who will serve as the director and principal investigator for the five-year grant. Researchers will focus on how environmental factors promote or constrain cyanobacterial harmful algal bloom species, what factors influence toxin production, and how other microbes influence cHAB growth and toxicity.

The cyanobacterium Microcystis is commonly found in Lake Erie algal blooms and produces a class of toxins called microcystins that pose a threat to human and animal health. More than 50 microcystins have been discovered worldwide to date, and other forms of the toxin may exist but have evaded detection with methods commonly used to assess water quality or to develop new drugs.

The U-M-led project will identify the genes responsible for the production of previously unknown toxins — both microcystins and other microbial toxins — in Lake Erie cyanobacterial blooms, as well as bioactive compounds that could be targeted for further study as potential disease treatments.

“Our role is to apply techniques in environmental genomics and the biochemistry of natural products to study Lake Erie cyanobacterial blooms in order to identify new toxins, and also compounds that are of potential use for medicine,” Dick said.

“As a consequence of the award, we expect that we can better predict the onset and toxigenicity of harmful algal bloom events as well as inform lake managers on how to mitigate bloom events,” said Bullerjahn. “Through outreach activities, a better informed and engaged public can make better decisions regarding their use of water resources.”

This article was written by Jim Erickson, Michigan News, and originally published in The University Record. Read the original article.