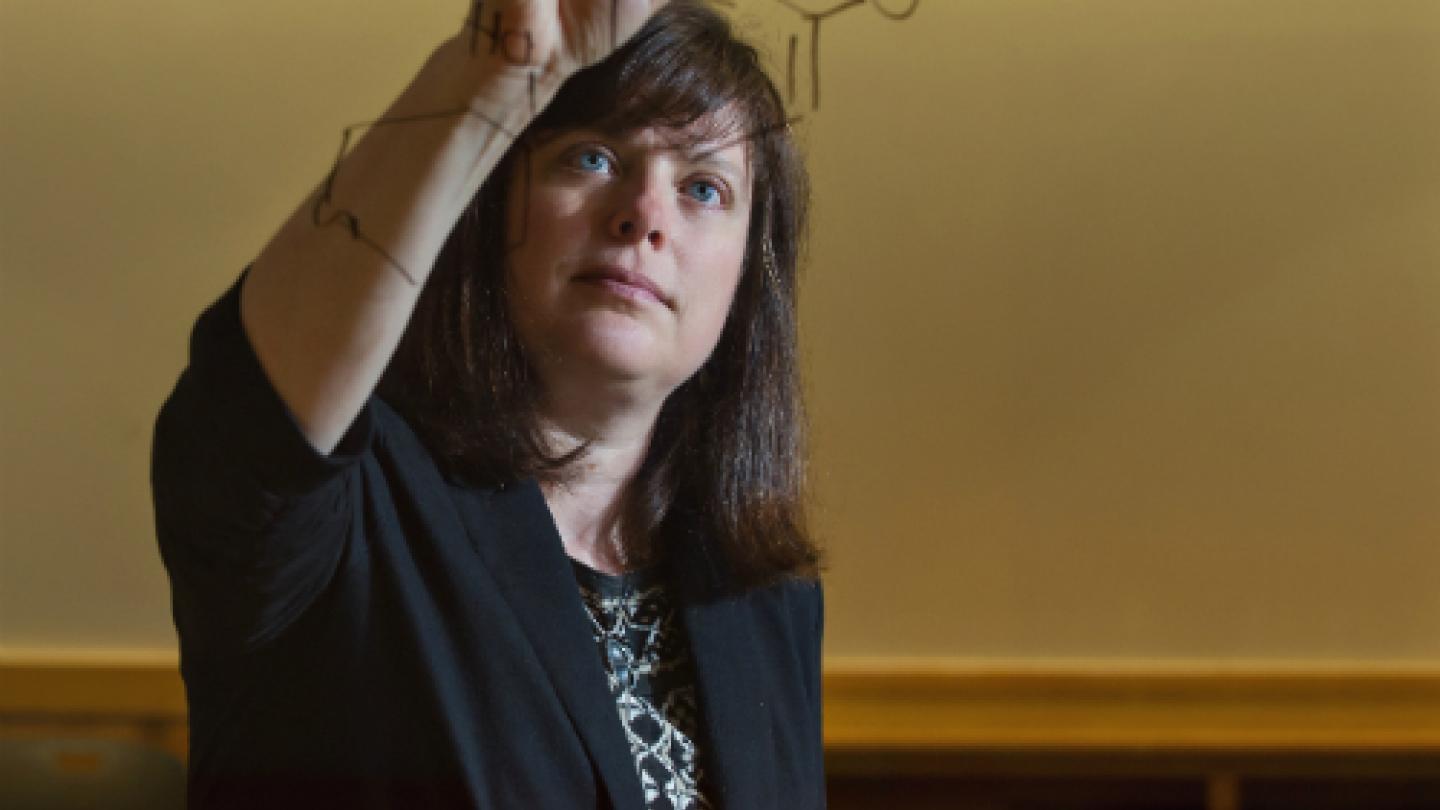 Errors in the gene-activation process that arise in a host of human diseases, from cancer to diabetes, have long been considered too “fuzzy” for scientists to target with small-molecule drugs.

But researchers at the University of Michigan have developed a new approach to zero in on the elusive protein-protein interactions where the glitches happen. Their findings, published in Proceedings of the National Academy of Sciences on August 20, open the door to a variety of drug-discovery projects.

Whenever a specific gene needs to be turned on, our bodies build cellular machines to activate the gene, using an assembly of proteins called transcriptional activators and coactivators. Interactions between these two types of proteins are crucial for proper cell function and health.

“Because transcriptional coactivators play such an important role in the process of genes being read — and they are often misregulated in human diseases — many people have been trying to identify drug-like molecules that target these proteins,” explains Anna Mapp, Ph.D., U-M Life Sciences Institute faculty member and senior author on the study. “The problem is, we haven’t really understood the molecular details of these interactions enough to be able to do this.”

Transcription coactivators have what Mapp describes as “fuzzy” structures, which continue to change shape as they bind with various other proteins. This feature enables the cell to use this one component to build many different structures — but it also makes the protein extremely challenging to target, without a clearly defined structure.

Although previous studies have found a few small molecules that can bind to these transcriptional coactivators, none of them were able to bind strongly or have a potent effect on the protein’s activity.

Mapp and her colleagues now have identified one region of a transcriptional coactivator that is critical for its ability to bind to various different structures, and determined that this region can be targeted with drug-like molecules. The researchers have already found one small molecule that binds well to the region and achieves potent interactions in cell cultures, and they are now screening the extensive small-molecule libraries at the LSI’s Center for Chemical Genomics to find other effective molecules.

“We now understand this important class of proteins in a way we didn’t before, which is significant,” says Mapp, who is also the Edwin Vedejs Collegiate Professor of Chemistry in the U-M College of Literature, Science, and the Arts. “But we also have actionable items that we can use to discover more effective drug-like molecules.”

The research was supported by the National Institutes of Health, the Leukemia and Lymphoma Society and the Department of Education.

Anna Mapp's lab at the University of Michigan Life Sciences Institute uses the tools of synthetic organic chemistry, biochemistry and molecular biology to better understand how genes are regulated.