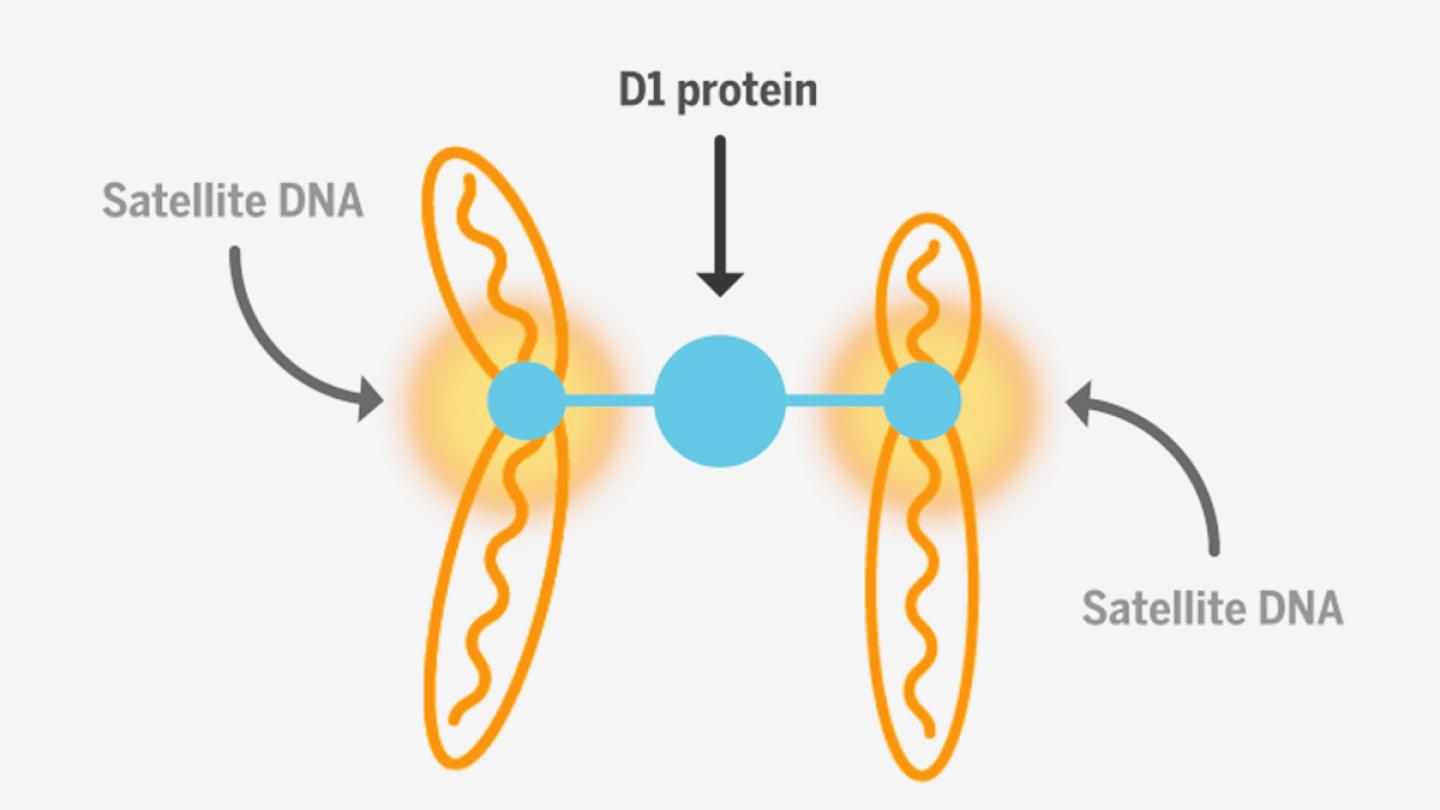 Researchers at the University of Michigan Life Sciences Institute and the Howard Hughes Medical Institute have determined how satellite DNA, considered to be “junk DNA,” plays a crucial role in holding the genome together.

Their findings, published recently in the journal eLife, indicate that this genetic “junk” performs the vital function of ensuring that chromosomes bundle correctly inside the cell’s nucleus, which is necessary for cell survival. And this function appears to be conserved across many species.

This pericentromeric satellite DNA consists of a very simple, highly repetitive sequence of genetic code. Although it accounts for a substantial portion of our genome, satellite DNA does not contain instructions for making any specific proteins. What’s more, its repetitive nature is thought to make the genome less stable and more susceptible to damage or disease. Until fairly recently, scientists believed this so-called “junk” or “selfish” DNA did not serve any real purpose.

“But we were not quite convinced by the idea that this is just genomic junk,” says Yukiko Yamashita, Ph.D., research professor at the LSI and lead author on the study. “If we don’t actively need it, and if not having it would give us an advantage, then evolution probably would have gotten rid of it. But that hasn’t happened.”

Yamashita and her colleagues decided to see what would happen if cells could not use this pericentromeric satellite DNA. Because it exists in long, repetitive sequences, the researchers could not simply mutate or cut the entire satellite DNA out of the genome. Instead, they approached the question through D1, a protein known to bind to satellite DNA.

The researchers removed D1 from the cells of a commonly used model organism, Drosophila melanogaster (fruit flies). And the team quickly noticed that germ cells — the cells that ultimately develop into sperm or eggs — were dying.

Further analysis revealed that the dying cells were forming micro-nuclei, or tiny buds outside the nucleus that included pieces of the genome. Without the entire genome encapsulated in the nucleus, the cells could not survive.

“It’s like forming a bouquet,” explains Yamashita, who is also a professor of cell and developmental biology at the U-M Medical School and an HHMI investigator. “The protein has multiple binding sites. So it can bind onto multiple chromosomes and package them together in one place, preventing individual chromosomes from floating out of the nucleus.”

The team conducted similar experiments using mouse cells and found the same results: When they removed a protein that normally binds to mouse satellite DNA, the cells again formed micronuclei and did not survive.

The similar findings from both fruit fly and mouse cells lead Yamashita and her colleagues to believe that satellite DNA is essential for cellular survival, not just in model organisms, but across species that embed DNA into the nucleus — including humans.

Top Image: The D1 protein uses satellite DNA to keep the genome together inside a cell's nucleus.

The research was supported by the Howard Hughes Medical Institute, the National Institutes of Health and the American Heart Association.

Authors of the study were Madhav Jagannathan, Ryan Cummings and Yukiko Yamashita, all of U-M.

Yukiko Yamashita's lab at the University of Michigan Life Sciences Institute studies the mechanisms of asymmetric stem cell division to better understand its role in human health and disease.