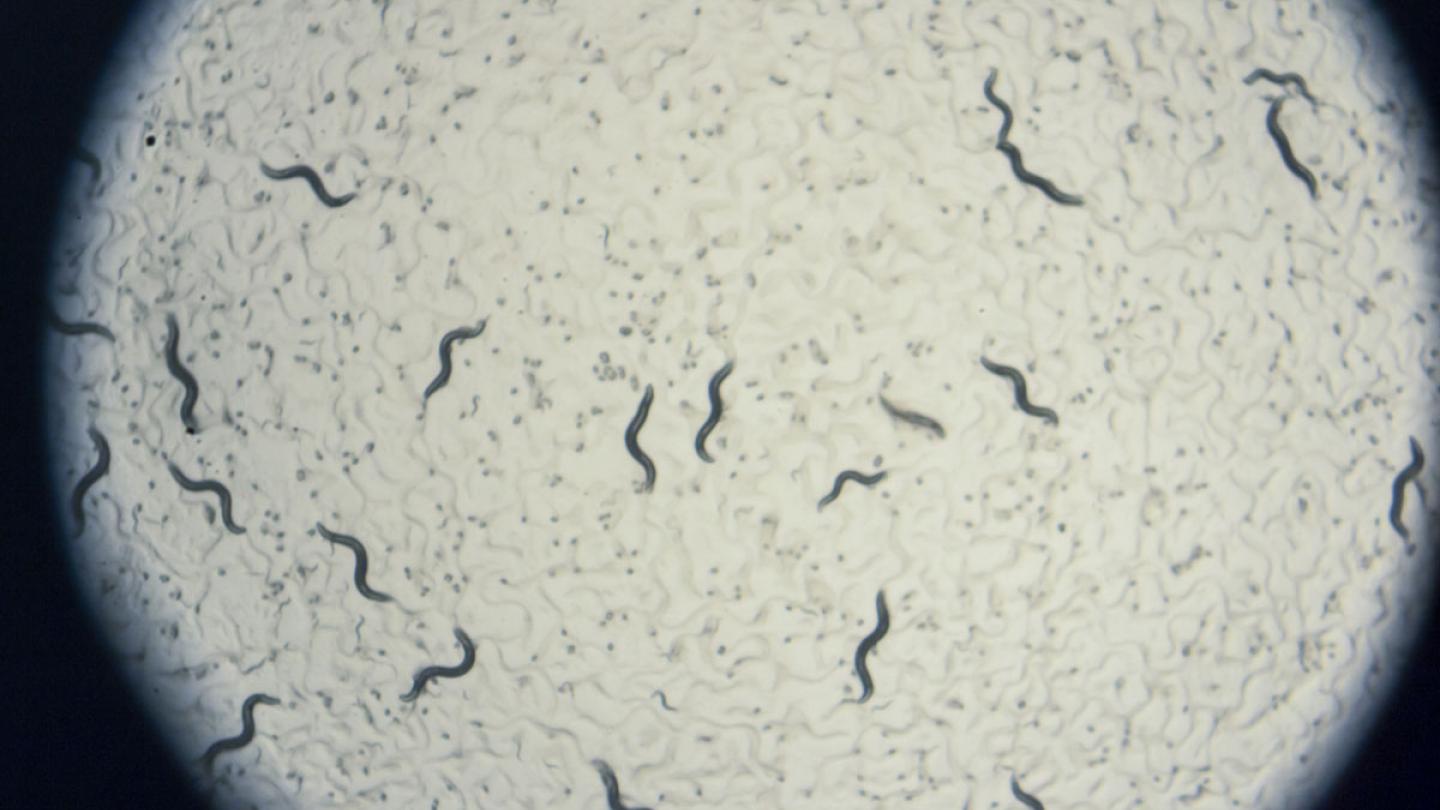 Our bodies are not just passively growing older.

Cells and tissues are continuously using information from our environments — and from each other — to actively coordinate the aging process. A new study from the University of Michigan Life Sciences Institute now reveals how some of that cross-talk between tissues occurs in a common model organism.

Recent research has shown that signaling between the intestine and brain can regulate a range of biological processes. So far, research has focused mainly on how signals from the gut can affect neurological functions, including some neurodegenerative diseases. Much less is known about how the brain communicates to the gut to affect certain biological process, such as aging.

LSI faculty member Shawn Xu, Ph.D., who is also a professor of molecular and integrative physiology at the U-M Medical School, and his colleagues wanted to determine how brain-gut signals might affect aging in Caenorhabditis elegans, or roundworms. Because their nervous system is so well-mapped, these tiny worms offer clues about how neurons send and receive information in other organisms as well, including humans.

The researchers discovered that brain-gut communication leads to what Xu calls an “axis of aging,” wherein the brain and intestines work together to regulate the worm’s longevity. The findings were published February 28 in the journal Genes & Development, along with an Outlook article highlighting the research.

Using different environmental temperatures, which are known to affect roundworms’ lifespan, the researchers investigated how neurons process information about external temperature and transmit that information to other parts of the body. They identified two different types of neurons — one that senses warmth and the other coolness — that act on the same protein in the intestine, telling it to either slow down or speed up the aging process.

When the cool-sensing neuron detects a drop in temperature, it sets off a chain of communication that ultimately releases serotonin into the worm’s gut. This serotonin prompts a known age-regulating protein, DAF-16, to boost its activity and increase the worm’s longevity.

The warmth-sensing neuron, in contrast, sends a compound similar to insulin to the intestine. There, it blocks the activity of that same DAF-16 protein, shortening the worm’s lifespan.

Using these two paths, the brain is able to process cues from the external environment and then use that information to communicate with the intestine about aging. What’s more, these signals can be broadcast from the intestine to other parts of the body, allowing the neurons to regulate body-wide aging.

And because many of the key players in these reactions are conserved in other species, Xu believes this research may have implications beyond roundworms.

“From our findings, it’s clear that the brain and gut can work together to detect aging-related information and then disseminate that information to other parts of the body,” Xu says. “We think it’s likely that this sort of signaling axis can coordinate aging not only in C. elegans, but in many other organisms as well.”

Study authors were: Jianke Gong and Shawn Xu of U-M; Bi Zhang, Wenyuan Zhang and Jianfeng Liu of Huazhong University of Science and Technology, China; and Rui Xiao of the University of Florida.

The research was supported by the National Institutes of Health, the Natural Science Foundation of China and the Ministry of Education of China.