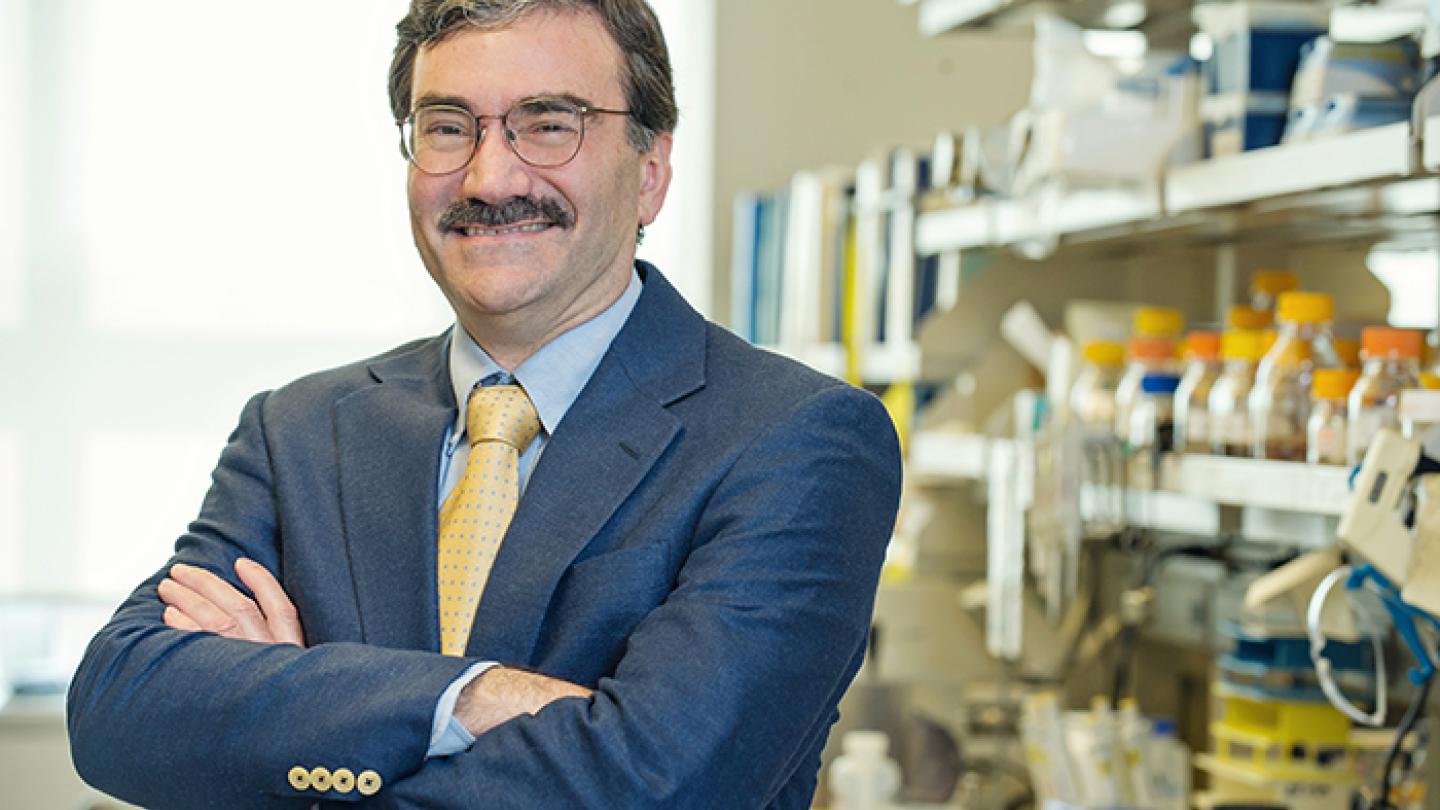 University of Michigan Life Sciences Institute faculty member Daniel J. Klionsky was recognized with a University of Michigan Distinguished Faculty Achievement Award. It honors senior faculty who consistently have demonstrated outstanding achievements in the areas of scholarly research or creative endeavors, teaching and mentoring of students and junior faculty, service and a variety of other activities.

Klionsky is the Alexander G. Ruthven Professor of Life Sciences and professor of molecular, cellular and developmental biology, in the College of Literature, Science, and the Arts, and a research professor at the LSI, where his lab is located.

A cell biologist, Klionsky is renowned for his pioneering contributions to the understanding of autophagy, the process by which cells break down to survive stress conditions such as starvation, and the role autophagy plays in cancer, neurodegenerative diseases and other areas of human health.

Klionsky earned a Bachelor of Arts degree from the University of California, Los Angeles, and a Ph.D. in biological sciences from Stanford University. He joined the U-M faculty in 2000.

Working with baker’s yeast cells, Klionsky characterized the protein pathways and signaling mechanisms by which a cell senses and responds to its environment. He also identified the cytoplasm-to-vacuole targeting pathway, a type of selective autophagy. His lab was the first to demonstrate endoplasmic reticulum stress-induced autophagy and autophagy in zebrafish.

Klionsky established the unified autophagy-related nomenclature for the field in 2003. He edited the first textbook on the topic and is founding editor of the journal Autophagy. The holder of two patents, Klionsky has edited five books, published more than 340 research papers, and given more than 140 invited talks.

The first biologist to win the National Science Foundation Director's Award for Distinguished Teaching Scholars, Klionsky incorporates a hands-on approach to teaching biology that features short, frequent quizzes and problem-solving activities. He also incorporates music, art and dance. He recently received funding from U-M’s Third Century Initiative to create a three-dimensional handout to engage students with visual disability and others through tactile stimulation.

Klionsky is a member of the Life Sciences Institute Executive Committee and the Provost’s Tenure and Promotion Review Committee. He co-chaired the first Gordon Research Conference and Keystone Symposium focused on autophagy. Klionsky received the University of Utrecht’s van Deenen Medal and a Rackham Distinguished Graduate Mentor Award. He is an American Association for the Advancement of Science fellow and an honorary professor of the Chinese Academy of Sciences.

Daniel Klionsky's lab at the University of Michigan Life Sciences Institute investigates how cells respond to stress conditions, and the broader implications for human physiology and disease — including in cancer and neurodegenerative disorders.