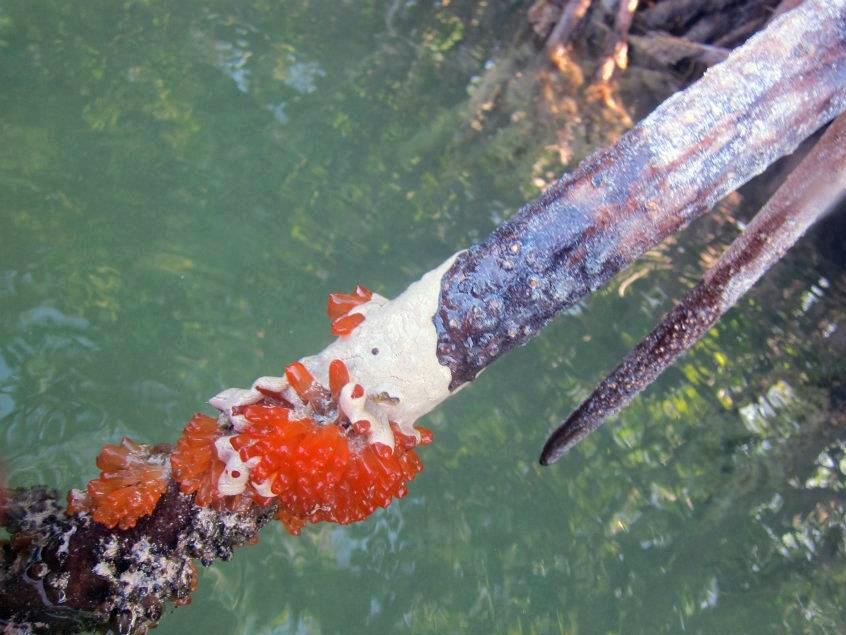 For decades, scientists have known that ET-743, a compound extracted from the mangrove tunicate — a kind of sea squirt — can kill cancer cells. The drug has been approved for use in patients in Europe and is in clinical trials in the U.S.

Scientists suspected the tunicate doesn’t actually make ET-743, but the drug’s precise origins were a mystery.

By analyzing the genome of the tunicate along with the microbes that live inside it using advanced sequencing techniques, researchers at the University of Michigan were able to isolate the genetic blueprint of the ET-743’s producer — which turns out to be a type of bacteria called CandidatusEndoecteinascidia frumentensis.

The findings greatly expand understanding of the microbe and of how ET-743 is produced, the researchers reported online May 27 in the journal Environmental Microbiology. They’re optimistic that the insights will help make it possible to culture the bacteria in the laboratory without its host.

“These symbiotic microbes have long been thought to be the true sources of many of the natural products that have been isolated from invertebrates in the ocean and on the land — but very little is known about them because we’re not able to get most of them to grow in a laboratory setting,” said study senior author David Sherman, Ph.D., the Hans W. Vahlteich Professor of Medicinal Chemistry in the College of Pharmacy and a faculty member of the U-M Life Sciences Institute, where his lab is located.

“Currently, many of these compounds can only be harvested in small amounts from host animals, which is unsustainable from an economic and environmental perspective,” adds Michael M. Schofield, Ph.D., one of two first authors on the study and a member of the Sherman lab before she graduated from U-M this spring. “Our hope is that understanding the genomes of these microorganisms and the chemical reactions that occur inside of them will provide new avenues to economical and sustainable production of the medicinal molecules they make.”

ET-743 is currently made using a complicated, partially synthetic process.

“A major challenge of sequencing genomes from samples containing a mixture of different organisms is figuring out which DNA sequences go with which organisms.  We used bioinformatic approaches that allowed us to tease that apart,” said Sunit Jain, a bioinformatics specialist in the Department of Earth and Environmental Sciences, and the study’s other first author.

The University of Michigan has filed for patent protection on this discovery.

Identification and analysis of the bacterial endosymbiont specialized for production of the chemotherapeutic natural product ET‐743, Environmental Microbiology. DOI: 10.1111/1462-2920.12908